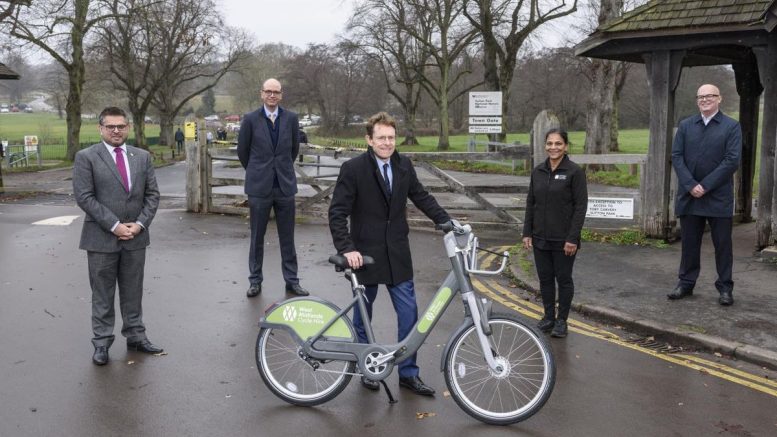 The Transport for West Midlands (TfWM) scheme will see hundreds of bikes available for hire via an app, with a 20 minute cycle journey costing £2.

A similar scheme was scrapped in 2019 amid concerns over low take up and claims from TfWM that provider nextbike had breached its contract.

Now bosses have resurrected the scheme, saying the Covid lockdown had shown there was a “huge appetite for cycling” across the West Midlands.

The new West Midlands Cycle Hire scheme launched in Sutton Coldfield this week and will be rolled out in Wolverhampton, Stourbridge, West Bromwich, Coventry, Birmingham and Solihull by the end of July.

It will be run by Serco, which operates London’s bike share scheme, and will feature 150 e-bikes and 1,350 pedal bikes available for hire at 170 fixed docking stations across the region.

West Midlands Mayor Andy Street said: “Lockdown has shown there is a huge appetite for cycling among the people of the West Midlands as many took the opportunity to get out and about on two wheels.

“It is great to see the docks and bikes finally on the streets of Sutton Coldfield and arriving across the wider West Midlands over the next few months.

“As well as providing a great opportunity for more people to take up cycling – these bikes also made here in the West Midlands, supporting local jobs and businesses.”

The pedal cycles, which are made by by Pashley’s in Stratford-upon Avon, have three gears and are fitted with laser safety lights.

TfWM said the scheme has cost £5m to set up and that running costs would be covered by rental income and commercial sponsorship.

Calls have been made for Staffordshire to follow the West Midlands Combined Authority with its own bike share scheme.

Lichfield MP Michael Fabricant said he would be speaking to local councils regarding the issue, saying the cycles would be a “practical and healthy” way for people to get around.

“Not everyone wants to own a bike, and experience in London and elsewhere shows there’s popular take-up for a quick and easy bike hire,” he added.