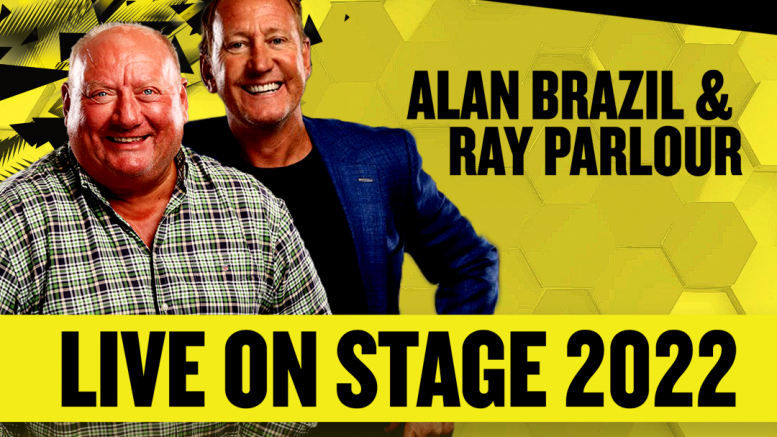 Alan Brazil and Ray Parlour are the most lethal strike force on British radio. Together on the talkSPORT breakfast show they’ve proven to be a hilarious double act and now they are taking their live stage show on the road following a successful sell-out performance in Ipswich.

Both presenters have lived life to the full, both in their playing days and subsequently on and after their talkSPORT radio show! The guys will be telling tales from the dressing room, from the studio, from their playing days, travels on international duty… and of course Cheltenham.

Alan Brazil was a UEFA Cup winner with Ipswich Town under Sir Bobby Robson, played in the World Cup for Scotland under the late Jock Stein and also played for Tottenham Hotspur and Manchester United.

Ray Parlour, also known as the ‘Romford Pele’, holds the all-time appearance record for Arsenal in the Premier League and has played with – and against – some of the biggest characters in the game.

Alan Brazil said: “We ran our first big show in Ipswich just before the pandemic and had a great night. It was a sell out and everyone had a great time. Now we’re back on the road and live on stage again. It’s a really entertaining couple of hours going through all the funny things that have happened to both of us throughout both our playing careers and on our radio show. And I’ll be telling you what really happened with Bob Monkhouse! It will be a cracking evening.”

Ray Parlour said: “Me and Alan are on air on the talkSPORT breakfast show every week and just have a great laugh. We’re taking stories we couldn’t possibly tell on our radio show, into our new live theatre show. I’ll be recounting tales from the dressing room in my Arsenal and England days as well as the other funny stuff that’s happened since. Don’t miss it.”

The event will be hosted by talkSPORT presenter, Shebahn Aherne.

To see them in Birmingham on Tuesday 24th April, head to https://bit.ly/3rPYc0y and book your tickets today! 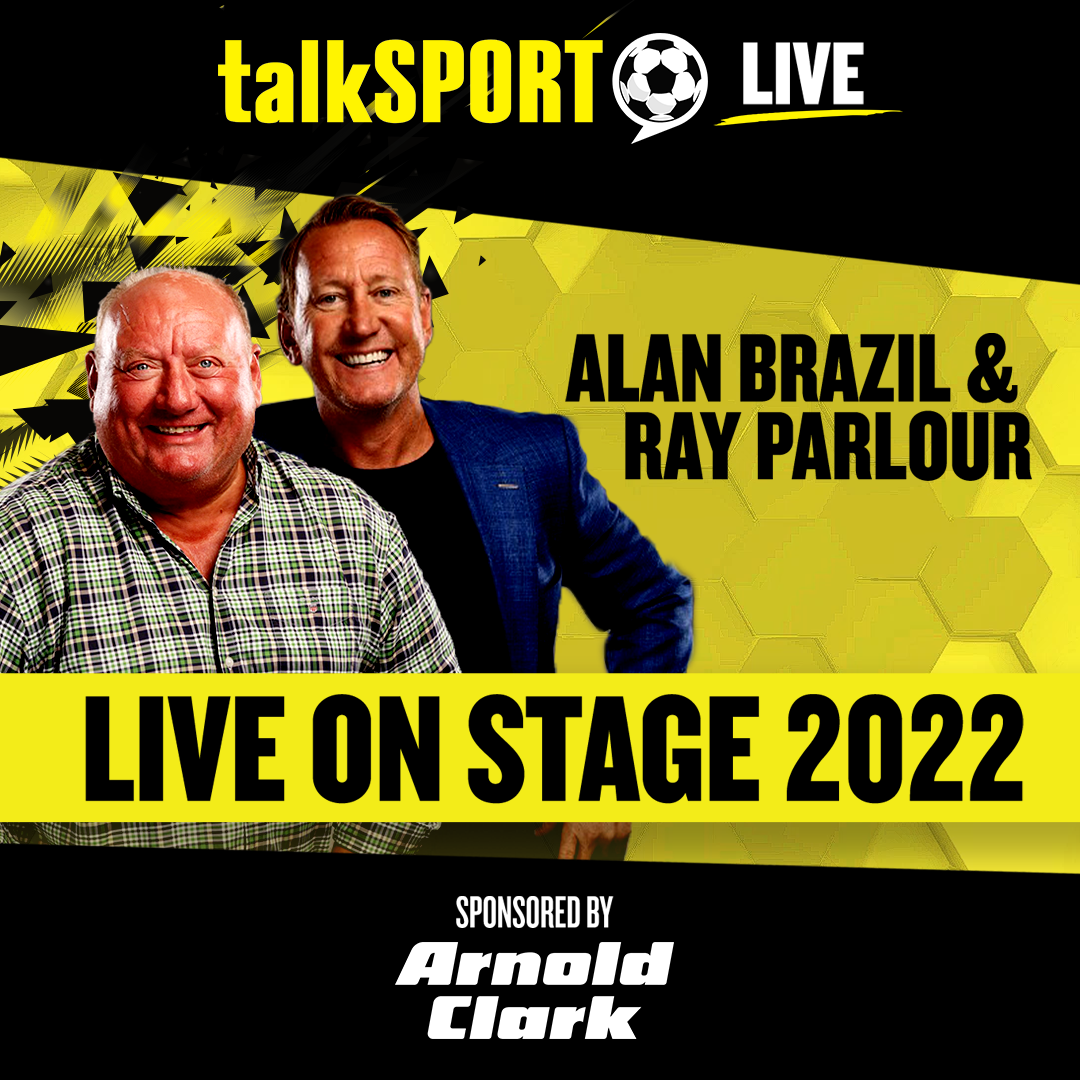