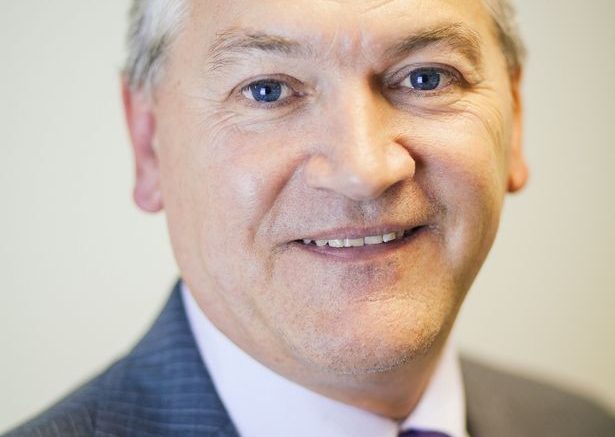 Retailers could be on course to shake off the impacts of the pandemic and mark their best ever year.

That’s the firm belief of Andrew Goodacre, CEO of the British Independent Retailers Association, which has been supporting the organisation’s thousands of members ahead of the easing of lockdown restrictions on April 12.

Small and independent retailers have been under threat since the height of the Covid-19 pandemic, with thousands falling by the wayside as a result of cumulative lockdowns.

But with shoppers champing at the bit to get back in shops, the opportunity to make 2021 a success is ripe.

“We really could see the best ever year,” Mr Goodacre said.

“We know there’s lots of money in people’s bank accounts so we just need to see them free up their purse strings. And what better way of really consigning Covid and 2020 to the dustbin than by having your best ever year in 2021. There is potential for that.

“But the retailers have got to be smart. They’ve got to make sure they are brilliant at service, have the right products in, at the right prices, and be competitive.

“I do think there will be opportunities where people will be staying more in this country because travel restrictions will continue this year, and we’ve got this chance, this captive market to enjoy and to turn into regular customers.”

Mr Goodacre’s comments come as BIRA gives its backing for the InYourArea and Reach PLC’s #BackForGood campaign, which is helping small businesses get back on their feet after lockdown.

The campaign, which is giving £1m of free marketing support to kickstart Covid recovery for local businesses, is the biggest regional editorial and commercial initiative of its kind to date, offering help to thousands of firms.

BIRA can trace its roots back 120 years and covers the whole of the UK, with 4,000 members covering around 8,000 shops between them. The organisation represents firms of all kinds, including pet shops, fashion shops, independent department stores and hardware stores.

The an eclectic mix of businesses gives BIRA great insight into what’s happening within the sector – and that’s why BIRA knows how important our #BackForGood campaign is.

“The campaign is really trying to find a way of helping retailers recover from the worst ever year they’ve had in retail,” he said.

“They’ve had the worst year – large or small retailers, unless you’re classed as essential, have been closed. And if we don’t get customers back for good and if we don’t bring people back to the high streets for good then these businesses simply will not recover.”

Early on, BIRA surveyed members and 20% thought they may not be able to reopen following the first lockdown. That was born out in the summer when many shops found themselves unable to continue. Mr Goodacre estimates that 15% of independent retailers were lost, with clothing and fashion shops faring worse as people’s lifestyles have changed.

How Reach has helped businesses throughout the pandemic

At the beginning of the pandemic our parent company Reach pledged to support the UK’s local businesses by offering free and discounted advertising solutions when they needed it most.

One year on, through the initiatives #ThereWithYou and #IAmOpen, Reach has provided almost £2m worth of advertising savings to more than 2,000 UK businesses. These savings have helped businesses promote themselves and reverse the Covid downturn.

Now that the government’s roadmap is in place, Reach has launched its largest initiative to date, #BackForGood. The aim is to help businesses get back up-to-speed as quickly as possible – and stay there – with a range of special offers designed to help businesses reconnect with their customers.

However, he hailed members’ resilience and creativity.

Despite the pandemic triggering mass closures across the UK retail and hospitality landscape, there were still 31,405 openings of independent units in 2020 according to the organisation’s new report.

Mr Goodacre said: “Independent retailers are a hardy bunch and many of our members are long standing family businesses. Just in my lifetime they have seen the rise of supermarkets, retail parks, shopping centres and the rise of tourism away from the UK, so they’ve seen many challenges but have always found a way of bouncing back.

“Internet shopping was increasing pre-Covid but we were starting to see more independent retailers open up – the large chains were closing down but the independents were actually increasing in number.

“Covid is a bigger challenge because it does favour internet shopping significantly – it has really changed people’s mindset and behaviours – so the independents now have to be even more creative and even more resilient to build their business back.

“But while we will see more casualties we will see more successes, and see that creativity that comes out of necessity – and that’s what we’ve seen over the last 12 months. People using online like never before, using Facebook to model clothes, or Zoom to do wine tasting events – and really looking at their digital footprint to complement their shop, not to replace it, and be ready to reopen in April.

“It’s been challenging but we’re right to look at the positives, as I do with a huge amount of admiration for the ‘indies’ – this group of people who are protecting their livelihoods and who have found ways of connecting and engaging with their communities, so that even when closed they’ve been able to do some business.

“They have built a degree of loyalty and hopefully that will manifest itself with people coming back to the streets.

“I really think there will be that pent-up desire to go shopping, to touch and feel and be part of something – the challenge we have is making sure that continues through April, May, June, the rest of the summer and hopefully into a fantastic festive period.

“If we can get this year under our belts in a good positive way and make it one of the best years they’ve had following one of the worst years they’ve ever had, then many more of these businesses will come back and we’ll live to fight a lot longer.”

While the rise of internet shopping during the pandemic has been a major challenge for independent retailers, the fact that so many people have worked from home – and will now continue to work from home – has triggered opportunities.

Where some firms have failed, new ones have opened in their place within local communities – including the likes of bakers, butchers and hardware stores – attracting local customers who have stayed loyal to them.

Mr Goodacre said: “People are working where they live, not commuting, spending more time in the area where they live and thinking ‘actually, do I need to go into a larger city like Birmingham to get what I need because I can get it locally?’.

“That’s positive for independent retailers because they don’t occupy the city centre, where it’s too large and too expensive. They do well in market towns, villages and suburbs of cities, where communities reside and have grown to appreciate what’s on their doorstep.

“It’s that connection that independents have worked really hard to foster and develop over the last 13 months and all the research – including positive research from Barclays, Starling Bank and Visa – says people want to shop locally.

“People know that money you spend locally gets recycled more locally. It stays within your local economy.”

Describing himself as an eternal optimist, Mr Goodacre believes this will be the last lockdown, thanks to the vaccine programme.

Shoppers, appreciating what they have missed out for months, will also want to be careful and avoid further lockdowns, he said.

Meanwhile, he said conversations with BIRA members revealed they are working hard behind the scenes preparing to open the doors to businesses on April 12 in England and April 26 in Scotland.

“They are in the shops now,” he said, “getting their businesses ready, making sure everyone is safe. They are talking to staff making sure they are comfortable coming back to work, doing what they can to ensure a safe environment.

“For some it’s a case of getting out old stock from last year, giving that a Spring clean, and for others it’s about reinvigorating supply chains. But there’s an enthusiasm there and I admire their ability to pick themselves up and get going again.

“Whenever I talk to them on the phone – I can’t get out to see them yet but plan to in April – there is this wonderful energy and desire to keep people safe, sell as much as they can and but do it sensibly and to really be connected with their communities.”

Mr Goodacre firmly believes the High Street has a solid future ahead of it – with the #BackForGood campaign playing a solid part in that plan.

He added: “I love this campaign, it’s great to get behind.

“And what I really want people to remember is that online shopping is really quite boring. It’s very one-dimensional. It’s just a screen staring back at you, and I want people to remember that real multi-dimensional aspect when you go onto a high street. It’s about noise and vibrancy, it’s about people, smelling street food and touching and feeling products no matter what sort of shop you are in – it’s the whole experience.

“We want people to reconnect and if we can, I think the High Street will change, there will be less shops and over time, less demand for shops, but those that remain will be part of the fabric of the High Street for years to come.”

Birthing partners are allowed back into West Birmingham NHS Hospitals to accompany expectant mothers to scans, appointments, and births.Express & Star…