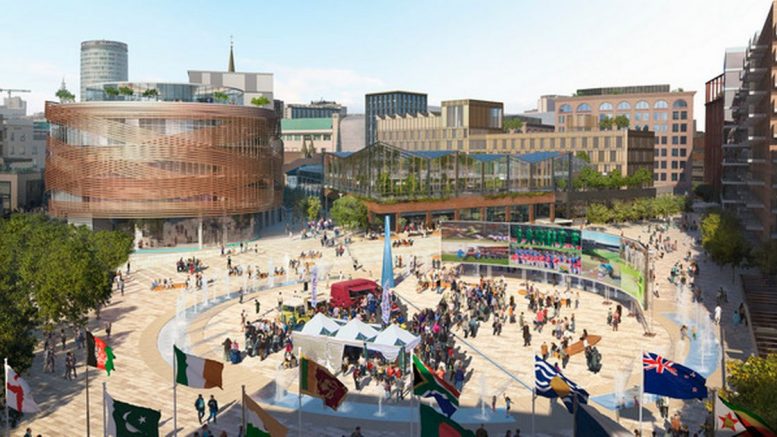 One of the largest regeneration schemes ever to be carried out in Birmingham city centre is set to take a major step forward next week with the appointment of a development partner.

Birmingham City Council’s cabinet will be asked to grant the authority to enter into a joint venture agreement with property and investment group Lendlease Europe for the £1.5 billion Smithfield project.

Lendlease was originally identified as the council’s preferred development partner for the project two years ago but approval at next week’s cabinet meeting will move the formal JV one step closer.

Subject to its approval by the city council’s cabinet, the proposed joint venture agreement would then be put to Lendlease’s board to obtain its approval early next year.

Work on the final planning process for the scheme could then begin ahead of hosting a public consultation and submitting a planning application.

Smithfield, which has been in the pipeline for several years, will be developed on the site of the former Birmingham Wholesale Markets which relocated to a new purpose-built site in Witton in 2018.

The masterplan for the 42-acre urban quarter contains proposals for more than 2,000 new homes, a new base for Birmingham’s historic Bull Ring Markets, leisure and cultural facilities a new public square.

The vacant site will also be used to host the basketball and beach volleyball competitions at the 2022 Commonwealth Games.

The 12,000 sq ft facility has been transformed within the space of just two months BusinessLive – West Midlands …