The Humber’s bid to become a global leader in the race to Net Zero has been made.

A £1.7 million ask of government has been put forward as part of a £2.6 million project to plan out industrial decarbonisation on a grand scale.

Humber Local Enterprise Partnership and process organisation Catch are behind it – backed by eight huge companies – as they seek to develop a comprehensive plan to demonstrate how a 2040 target can be achieved to reverse the worst polluting patch in the UK.

Stephen Parnaby OBE, chair of Humber LEP, said: “It is imperative that the Humber region decarbonises on a huge scale – but in a way that safeguards our strategically important industries and creates new jobs and business opportunities.

“Nowhere has greater potential to be at the heart of the green recovery than the Humber.

“The Humber Cluster Plan is a significant opportunity to achieve this by creating a clear pathway seeking to position the Humber as a global leader on this agenda. With the support of our partners, we have put forward a compelling proposition to Government and I look forward to a successful outcome.”

Not only are emissions double those anywhere else in the UK, and the second worst in Europe, the Humber is also one of the most vulnerable to climate change through flood risk.

The HCP follows initial funding from Innovate UK in April, which enabled the first phase of feasibility work on the plan – establishing a need for both fuel-switching to hydrogen and carbon capture. Around half of the area’s industrial emissions come from chemical reactions in industry processes – rather than the power that feeds them – and these cannot currently be abated by feedstocks.

Having set out his aspirations with Business Live last month, David Talbot, chief executive of Catch, said: “The HCP will provide a blueprint for clean growth to drive a green recovery in the Humber, which is vital. Our industries and ports are relying on a clear path to decarbonisation to continue their essential services, remain competitive and provide employment for local people.

“We know this plan can help the Humber to secure the long-term sustainability of our industries and attract more new green jobs and investment, while ensuring the survival of these long-standing industries, which are of importance not just to the Humber but the UK as a whole.”

A phased approach will prioritise near-term deliverable investments, identify future actions the Humber can take and identify opportunities for inward investment and diversification.

A decision on the bid is expected in the autumn, with the project set to begin in January. Separate phase two bids for the first deployment projects are due to be submitted in October.

Hydrogen production around major industry at Killingholme and Saltend, and region-wide carbon capture are all significant proposals being brought forward, with the likes of green jet fuel tapping into opportunities presented. 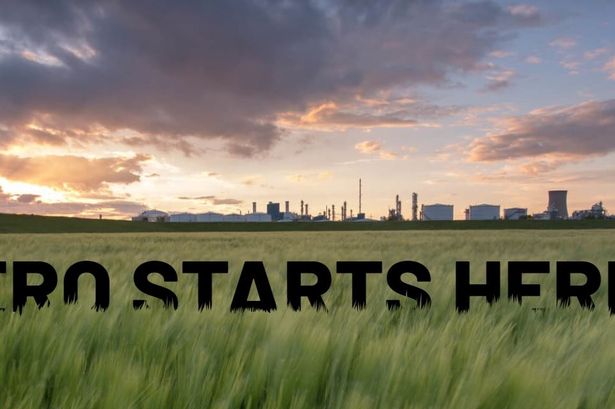